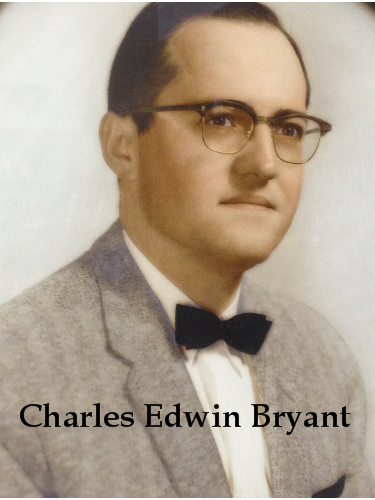 On August 12, 1994, Charles Edwin Bryant, purchased the property at 2072 S. First Street in Milan, Tenn. and deeded the property to New Hope Primitive Baptist Church for the purpose of housing his late father's, Elder B. D. Bryant, collection of religious books. Elder B.D. Bryant was a former pastor of New Hope Primitive Baptist Church and passed away in May 1994 and Charles E. Bryant was a member of New Hope Church and passed away in October of 2004. The building purchased by Brother Edwin Bryant to house his father's library was to be called The B. D. Bryant Memorial Library.

is set up to preserve the over 2000 old historical and religious books of all religious faiths. Some of the books are over 400 years old, dating back to the 1600s. The Bryant Library consist of books written by John Wesley, Alexander Campbell, Flavius Josephus, John Calvin, Martin Luther, John Bunyan, John Newton, who wrote "Amazing Grace" and Charles Spurgeon, a British Baptist preacher from the 1800s. Among the books housed at the library are German, Greek, and Hebrew Bibles. The Bryant Library has old hymn books, old church records and minutes and old church papers published across the country. It also has a collection of taped sermons dating back to 1975. Some of the taped sermons are of the late Elder B. D. Bryant. Although the library is open to the public, the books and other items housed at the library cannot be checked out, but anyone is free to come and do research or just to read them. The library does not charge to read and study but will accept any contributions.

The Library is owned and maintained by the members of New Hope Primitive Baptist Church. A library board has been appointed to oversee and care for the library. Other than the books, the library has scholarship programs for families or individuals who are in regular attendance with a primitive Baptist Church and lives in the West Tennessee area outside of Shelby County. An application must be filled out and all requirements must be met. The application will be looked at by the library board and at their discretion will be approved or disapproved. Applications can be picked up at the library.

All are invited to come to the B. D. Bryant Memorial Library, as an individual or as a group. Church groups are encouraged to come and study in a quiet and peaceful surrounding. Please call the numbers below for questions or to schedule a group visit.

Ezekiel 17:11 (KJV)
Moreover the word of the LORD came unto me, saying,
Click here to read more!